How to Find the Perimeter of a Quadrilateral

The distance around any flat (two-dimensional) object is the object's perimeter. You can measure perimeter in linear units like meters, yards, centimeters or miles.

What is the perimeter of a rhombus with sides 444 mm long?

That's a patriotic rhombus! Now, imagine or draw an irregular quadrilateral with side lengths of 5 yards, 7 yards, 9 yards, 11 yards.

What is its perimeter?

A kite has two pairs of congruent sides. If you labelled one of the short, paired sides as a and the longer, paired side as b, the formula would be:

What can you do if you do not know the measurement of all four sides of a quadrilateral?

The perimeter of these four quadrilaterals can be found using this technique:

If you have an irregular quadrilateral with an unknown side, you must either know the other three sides and the total perimeter, or you must physically measure the unknown side.

If you know the total perimeter and the measure of three sides, add the three known sides and subtract them from the perimeter to find the unknown length:

Architects struggle constantly with irregular polygons. Empty lots may be strange shapes, but the architect still has to create houses on them, such as The Octagon House.

Here is a floor plan for your Math Club's new headquarters, squeezed onto an irregular plot of land next to the Sports Club's pavilion. The sides measure 13', 22', 24' and 14'.

What is its perimeter?

Perimeter of 73 feet? We sure hope so! 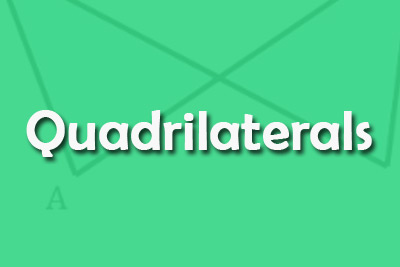 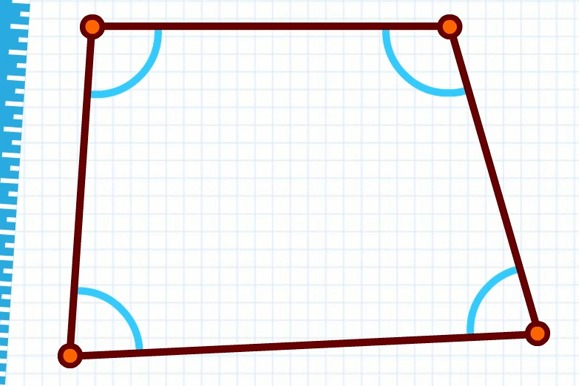 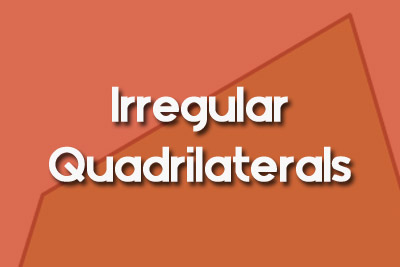