Similarity in mathematics does not mean the same thing that similarity in everyday life does. Similar triangles are triangles with the same shape but different side measurements.

Similar triangles are easy to identify because you can apply three theorems specific to triangles. These three theorems, known as Angle-Angle (AA), Side-Angle-Side (SAS), and Side-Side-Side (SSS), are foolproof methods for determining similarity in triangles.

In geometry, correspondence means that a particular part on one polygon relates exactly to a similarly positioned part on another. Even if two triangles are oriented differently from each other, if you can rotate them to orient in the same way and see that their angles are alike, you can say those angles correspond.

The three theorems for similarity in triangles depend upon corresponding parts. You look at one angle of one triangle and compare it to the same-position angle of the other triangle.

Similarity is related to proportion. Triangles are easy to evaluate for proportional changes that keep them similar. Their comparative sides are proportional to one another; their corresponding angles are identical.

You can establish ratios to compare the lengths of the two triangles' sides. If the ratios are congruent, the corresponding sides are similar to each other.

The included angle refers to the angle between two pairs of corresponding sides. You cannot compare two sides of two triangles and then leap over to an angle that is not between those two sides.

Here are two congruent triangles. To make your life easy, we made them both equilateral triangles.

Here are two scalene triangles △JAM and △OUT. We have already marked two of each triangle's interior angles with the geometer's shorthand for congruence: the little slash marks.

Tricks of the trade

Watch for trickery from textbooks, online challenges, and mathematics teachers. Sometimes the triangles are not oriented in the same way when you look at them. You may have to rotate one triangle to see if you can find two pairs of corresponding angles.

Is the ratio 11137​ the same as the ratio 5117​? Yes; the two ratios are proportional, since they each simplify to 31​. With their included angle the same, these two triangles are similar.

The last theorem is Side-Side-Side, or SSS. This theorem states that if two triangles have proportional sides, they are similar. This might seem like a big leap that ignores their angles, but think about it: the only way to construct a triangle with sides proportional to another triangle's sides is to copy the angles.

You need to set up ratios of corresponding sides and evaluate them:

They all are the same ratio when simplified. They all are 21​. So even without knowing the interior angles, we know these two triangles are similar, because their sides are proportional to each other.

You also can apply the three triangle similarity theorems, known as Angle-Angle (AA), Side-Angle-Side (SAS) or Side-Side-Side (SSS), to determine if two triangles are similar. 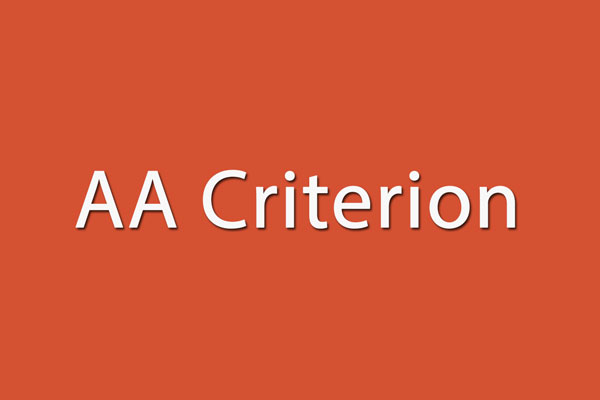